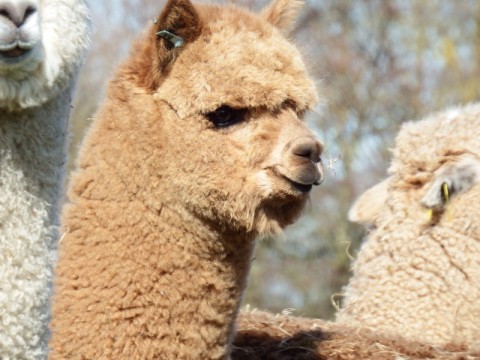 Alpacas originate from the Andes of Peru. They are highly regarded and valued for their fleece which is crafted into a wide range of products but mainly into luxury knitted and woven products.

The Alpaca is a social animal that lives in herds and each member of the herd forms part of a very well organised social hierarchy. As far as camelids go they are the most intelligent, inquisitive, gentle and elegant of all.

There are two main types of Alpaca. The Huacaya, which produces a dense, soft, fibre and the Suri which produce a dred-lock like silky fleece.  The fleece of both comes in 22 natural shades and is renowned the world over for its incredibly soft and silky feel.  It is without doubt the most comfortable fibre to wear against the skin and the boys yarn and fleece has a superb comfort factor that needs to be touched to be believed.

The Fibre Of The Gods 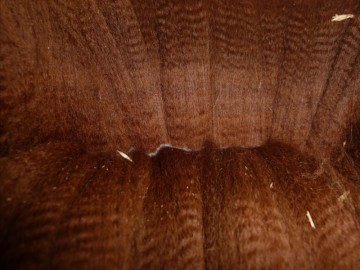 The Incas of South America started to selectively breed from wild Guanacos and Vicunas animals about 6,000 years ago. Evidence from ancient burial sites suggest that the Incas developed the Alpaca fleece to a higher level than even the best of what is seen today. Alpaca fibre became known as the ‘Fibre of the Gods’ and our our aim is to produce Alpaca to that level.

Whilst Alpacas have been around for about 6000 yrs in South America they only arrived in the UK and Europe during the 19th Century.  They were seen mostly in zoos, although it is well known that Queen Victoria and Prince Albert owned Alpacas, one white and one black.

The first privately owned alpacas in Europe were as a result of surplus zoo stock, and these formed the beginning of the original european alpaca herds. In the early 1990s there were only  around 150-200 alpacas in the UK and it was not until 1995, with the first import of around 300 Alpacas from Chile that interest really began to grow. 1998 saw the first import of Alpacas from Peru bringing with them access to enhanced genetics of selective breeding which has produced a thriving European Alpaca industry. In 2014, there are around 30,000 alpacas in the UK, and numbers in France are rapidly on the up.